With These Spanish Learning Resources You Rock Your Holiday!

Spanish is Quite Easy!

No matter if you travel to Cuba for the first time or if you are a regular traveller to Latin America or Spain: few of us speak Spanish the way we would like to. Yes, most – like me – crawl around somewhere in the lower to middle range and actually want to speak Spanish better. Only: there is never time to learn!!!

For my own learning success I have therefore set out to find simple and (mostly) free resources with which I can improve my Spanish – and I want to share them with you today.

And remember: if I forgot something or you still know good resources, please comment!

Extr@ en Español is a 12-part sitcom produced between 2002 and 2004 by the British television station Channel 4. There are also versions for learning English, French and German – the latter might also be interesting for some of you, so that Novia/der Novio learns German or English ; )

The series is about Lola, Ana, Pablo and their guest from America, Sam. The humor is a bit cheesy, but one still has to laugh – and you can learn nicely while laughing. My tip: turn on the Spanish subtitles, that is best for learning and understanding.
The level of the sitcom is somewhere in the advanced A-range, meaning two to four courses into your Spanish learning efforts.

PS: On Planet-Schule.de of WDR you can even find learning aids and grammar for the individual episodes (in German)!

Hablamos Español (some things in German)

Hablamos Español is probably the classic among language learning programs on television. With its seventies charm and its almost Dadaistic stage design, the series has its very own charm. Divided into small dialogues and a small grammar session, Hablamos Español is well suited for beginners who want to prove themselves in everyday situations: at the airport, in the restaurant, in the hotel etc. This makes the show especially for those of you who are about to fly to Cuba to get a quick taste of Spanish. Although the grammar and vocabulary aids are in German, they are not the big part of the program. 95 percent is in pure Spanish.

I started my quest for good Spanish resources with Notes in Spanish. Notes in Spanish is a podcast series that was recorded from 2006 to 2008, but is still very helpful today. Thematically it is about everyday life, culture and politics (now somewhat outdated, but still quite important when it comes to “La Nueva Immigración”, for example).

There are 4 different levels of difficulty and that makes the podcast one of my favorites:

Only the Inspired Beginners Podcast is in English, the rest is pure Spanish.

The podcast itself is free, only for the notes and access to the forum you have to pay. But since the podcasts are quite outdated, I wouldn’t bet that there’s a lot going on there.

The SpanishPodcast Punto Net has been dealing with the Spanish language for over 200 episodes. Alex, the speaker discusses culture, idioms and questions from the audience, but from the point of view of mainland Spain – you know, this funny accent they have… ; ) The podcast is updated once a week, i.e. it is one of the few podcasts out there for which there are continously new episodes. And each episode has an article on the website with the full transcription, very helpful for learning! Also Alex speaks quite slowly, making it easy to follow him.

The level of the podcast ranges somewhere between A2 to B2, meaning you have a basic knowledge of Spanish already. 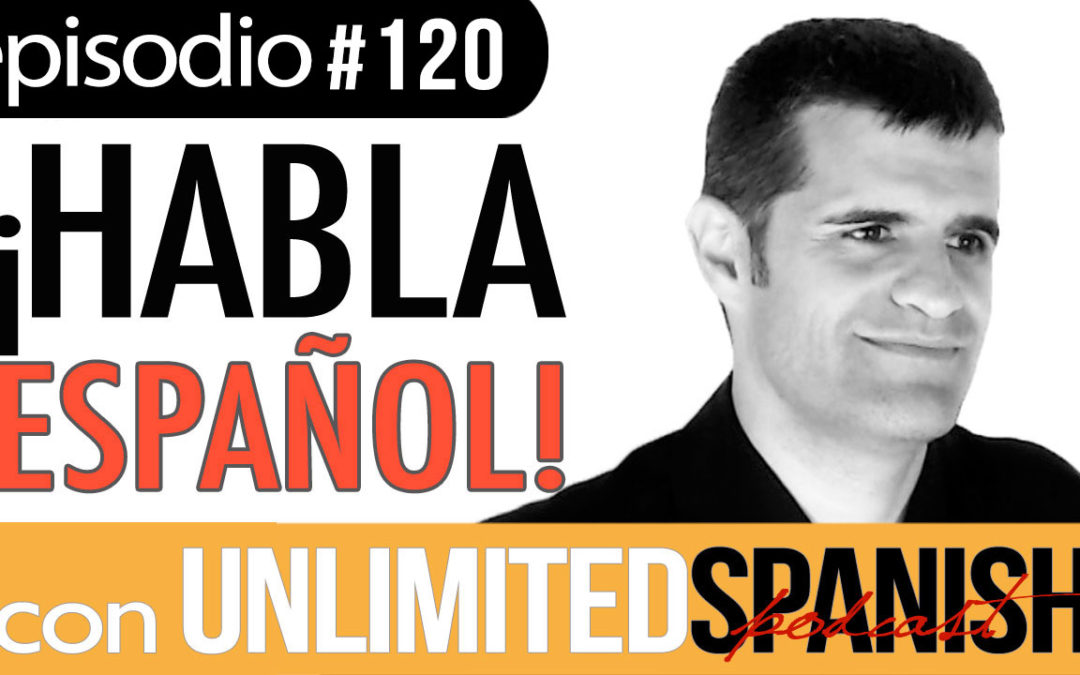 Habla Español is a super nice, free podcast for the intermediate level. Òscar tells a lot about Spain, but also Latin America, with one episode per week. He also has a Spanish learning system in which he asks questions, tells stories from different viewpoints or with different personal pronouns. His learning system doesn’t suit me, but I know that there are many fans of his method – I always tune out before the exercises 😉
Òscar also speaks so slowly that we understand everything.

If you not only want to learn Spanish, but also inform yourself about the situation in Latin America, you will surely love News in Slow Spanish (Latino). Current developments from Latin America will be discussed and the first part of the podcast is available for free download. If you want to listen to more slow news and grammar exercises, you’ll have to pay – which I did for some time, until my Spanish was at a higher level. And News in Slow Spanish really helped me to get there!

For those who are more interested in the Spanish mainland, there is also the Spanish version. And if you want to have even more “News in Slow Spanish”, you can buy both versions together for just a little additional money.

If you buy the paid version, you can also use the whole archive with hundreds of episodes!

The level of the podcast is in my opinion in the range B1 to B2, meaning you should be intermediate already.

Notes in Spanish hasn’t released any updates for years, and there Spanish Obsessed took over. An English guy and a Colombian girl are talking about everything that comes to mind, at different course levels – the basic level is in English-Spanish. The Intermediate section is already totally in Spanish. It’s a great podcast, I personally really like it when two people are talking with each other, keeps the attention level higher than with only one speaker. And since she is Colombian, we don’t hear any funny mainland Spanish 😉

Españolistos is also a duet between an American and a Latin American – those combinations seem to be in fashion 😉 – who talk about, again, everything. They have a lot of energy and that makes learning really interesting. Españolistos only has one language level, I think it should be B1, meaning intermediate.

Not a learning podcast, but… 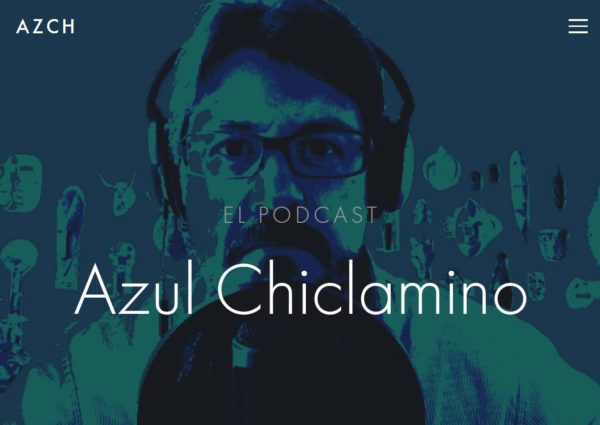 I once met a Mexican guy, he told me that he has problems with Cuban Spanish and understands almost nothing. That’s because the Mexicans speak so slowly and clearly. Good for us, because that’s why I have a last podcast recommendation up my sleeve, which is not the usual learning stuff – because it’s more or less an everyday philosophy podcast and not at all about learning: Azul Chiclamino by Rodrigo Llop!

A podcast that reads news in slow Spanish is Hablamos Today. Free of charge and already with over 40 episodes, it’s a good choice for anyone who needs new podcast fodder.

Some small disadvantages: the sound quality isn’t really good yet, you also have to listen to the podcast via the website or Soundcloud, because the usual apps don’t have it in their lists.

Podcasts, audiobooks etc. are too fast for you?

Have a look at the configuration of your podcast program (I use Overcast), normally you can set the speed to 0,75. I use this feature especially for podcasts, where the hosts talks the typical fast Spanish. Sounds a bit strange at first, but you get used to it quickly – and suddenly you understand what they say!

The learning apps I tested didn’t work so well for me – my problem is that I already know a bit of Spanish and there was no easy way to switch to a higher level.
I’m not a fan of classical learning either, I love my podcasts and don’t want to do grammar exercises 😉

How to learn Spanish

Learning Spanish is easy at the beginning, so with little effort you can learn a basic vocabulary that will help you to survive in Cuba and in the Spanish speaking world. Later, as you continue studying – when you first get into the areas of the subjunctivo, then Spanish will shows you the cold shoulder – but just don’t give up, my friend, it’s worth continuing!

I myself don’t feel like taking classic Spanish courses anymore, I only listen to podcasts – even though I think language courses make sense at the beginning of your learing journey. So, if you live in Berlin, I can recommend the Sprachkombinat for Spanish courses. The price is comparable to the Volkshochschule, but the level and the supervision are simply great!

The Best Restaurants in Havana – Try Them Out!