Cuba and the Beatles – from hate to love

The Beatles in Cuba – a very special relationship

If you drive through Cuba, you will see the Beatles on many corners. Cuba has always had a special relationship with the Beatles. In the beginning there was the fear of the “American” influence from the Beatles – which of course did not stop anyone from listening to their songs. Today there are many bars in Cuba with a Beatles theme.

And if a musician is going to Cuba today (Stones, Rihanna etc.), they should know that one is already there. John Lennon sits in John Lennon Park.  This park was named after him on December 8, 2000 ?. Of course, The Beatles never appeared in Cuba because they were banned in Cuba in 1964. Now they are being celebrated – there is even a Beatles Week in Cuba held during January.

And while there are Beatles fans all over the world, Cubans have developed a very special relationship with the Beatles. This is also certainly due to the changing relationship between Cuba and the US, the prohibitions, and the reinterpretation. In any case, for Cuba, the Beatles are not just a band but a part of their cultural heritage.

Cuba and the Beatles

The Beatles have long been a strong part of Cuba’s everyday culture, even if it wasn’t a love story from the beginning. As Senel Paz said in 1990 in El Lobo, El Bosque y El Hombre Nuevo (the template for Strawberry and Chocolate) “She likes the Beatles and the singer-songwriter Silvio Rodríguez, and I only like the Beatles, even though I don’t know if that’s permissible because they’re American or English”.

Or Leonardo Padura, who makes Mario Conde think: “From the first sip, Conde knew from his drinking experience that rum with old Beatles songs, both enjoyed with old friends, could be an explosive mixture.” 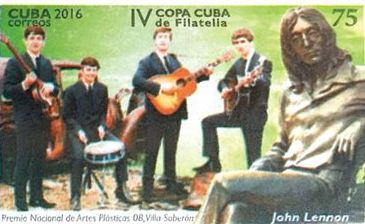 Cuban stamp with the Beatles from 2016

Where you find The Beatles in Cuba

And since this story is so exciting, I’d like to use this article to give you a little insight into Cuba’s relationship with the Beatles – but first, let’s see where you can find the Beatles in Cuba.

Not only has Cuba has made its peace with the Beatles, but it is also the theme for the Cuban style of the Hard Rock Café. Because besides places like Parque Lennon, you can find a Submarino Amarillo in Havana, go to the Beatles Bar in Varadero, or a Yesterday Bar in Camagüey and Trinidad. There’s also another Beatles theme bar in Holguín called La Caverna (The Cavern was the club where the Beatles performed for the first time). There’s also the Beatles Bar in Bayamo, where nothing is really going on (thanks, Lutz, for the info!). All these places also share the commonality of having bronze statues of the Beatles (ok, at the Submarino Amarillo the Lennon statue sits 100 meters away and enjoys the silence in the park).

In all these clubs there are always Beatles songs played amongst the Cuban tones. In Submarino Amarillo, every band, no matter what else they play, always has to play 25% Beatles songs to stay true to the theme.

But how did the Bitlemanía in Cuba come about in the first place?

The perception of the Beatles

The Sixties: The Beatles as “American Influence”

In 1964 the Beatles were banned in Cuba. Their “American” influence was considered selfish and they were only interested in consumption. The Beatles were not seen as the revolutionary musicians that they really were.

The “American” influence does not refer to the Beatles’ origin since they come from England but to the kind of music and lifestyle that was part of the revolutionary Cuban ethic of the 1960s. Cuba was under the influence of the Bay of Pigs invasion and other attacks from the USA in the 1960s and at the same time was busy building the new state. The Beatles did not fit into the picture and were perceived as the antithesis, as the avant-garde of selfish consumption, not as revolutionaries who were musicians.

On the streets, of course, it was completely different. There, they worshipped: the young people wore long hair and wore different clothes than the generation before them to follow their idols. When they were imprisoned, they said that Fidel and Ché had also worn long hair when they came from the mountains. A clear contradiction between the state and the youth.

In the late 1960s, Silvio Rodríguez had praised the Beatles on his TV show. That was too much for the state at the time and Silvio lost his TV show and his job in television, all because of the Beatles.

In the 1970s the attitude of the Cuban state towards the Beatles loosened up a little bit. It was certainly helpful that the Beatles had disbanded in 1970, so they were no longer a current phenomenon. So in 1971 Beatles songs were played on Cuban radio for the first time. Was everything good with Cuba and the Beatles? No, not yet, as Dionisio Arce, member of the metal band “Zeus” describes: “In 1979 I was at a party where the Beatles were played. The police ended the party and confiscated the records.”

Or as Leonardo Padura describes the attitude of the youth to music in the 70s in Handel der Gefühle : “The best parties of his high school days had been here. There was always a band playing, Los Gnomos, Los Kent, Los Signos, of course, no Latin music, always rock’n’roll dancing, never salsa.”

The 90s: The turnaround

The 2000s: the Cuban state makes its peace with the Beatles

On December 8, 2000, Fidel Castro personally unveiled a life-size bronze statue of John Lennon on a bench in a park in Havana (now called Parque John Lennon). All You Need Is Love was played and Silvio Rodríguez was there.

In Castro’s eyes, John Lennon was a dissident, persecuted by the US government and thus no longer a symbol of the decadent West. He was now seen as a revolutionary from the working class and thus an ally in Cuba’s struggle.

In this context, Fidel also apologized personally for his prejudice against the Beatles, as it was only later that he realized the important role John Lennon had played in the fight for peace.

What was previously forbidden was now promoted in the 2000s, Beatles concerts were shown in prime time and in 2006 there was even a Cuban Beatles show that made it to London: The Beatles with conga rhythms.

Conclusion: listen to Beatles before you fly to Cuba 😉 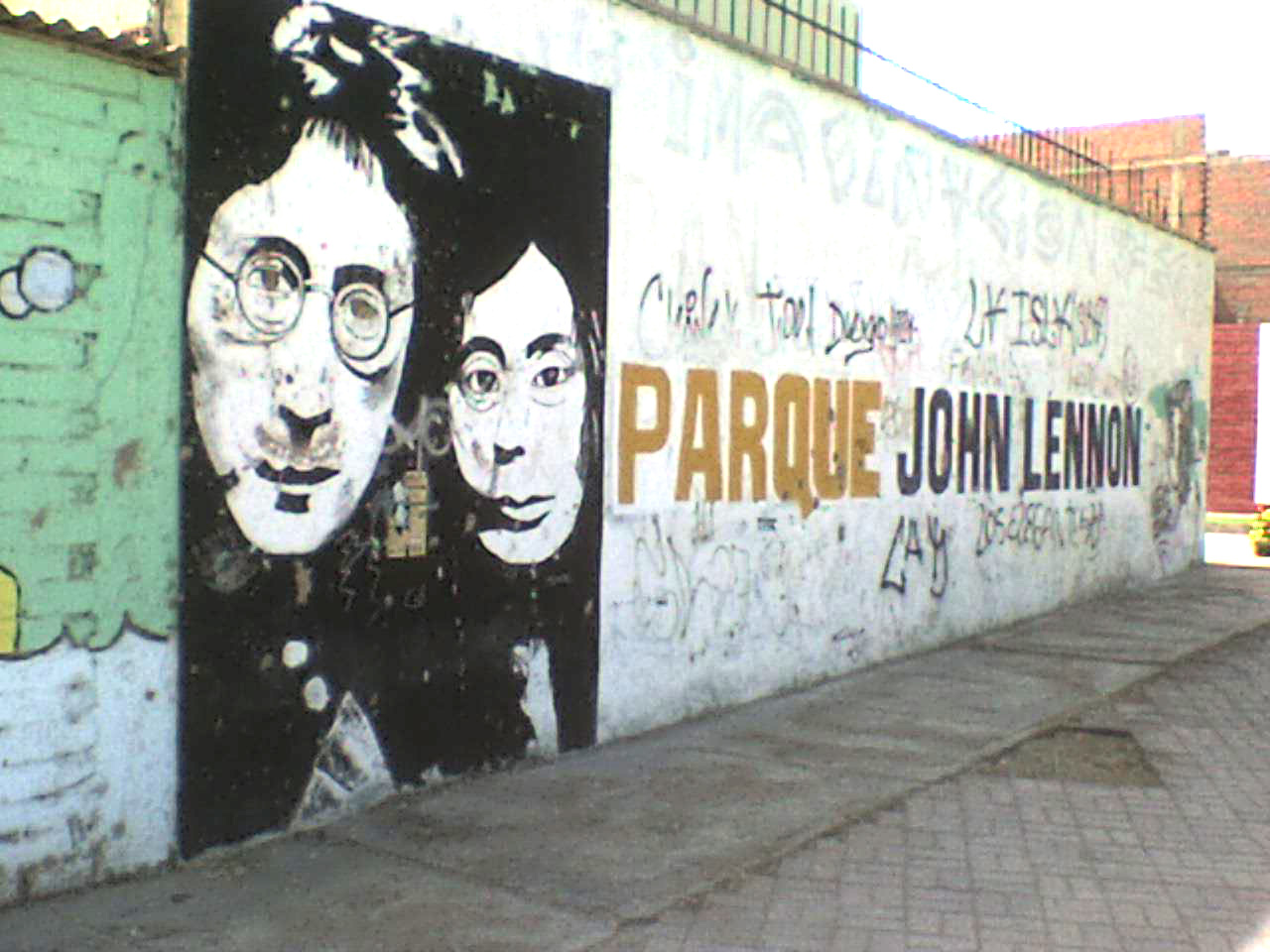 So today the Beatles belong to the official culture of Cuba, similar to Charlie Chaplin’s role in the culture of Cuba (I would be grateful for any information on why Charlie made it into the cultural heritage of Cuba).

The Beatles would never have become such a strong part of Cuba if they hadn’t had this chequered history: on the one hand, forbidden, and on the other hand, the music of the youth, revolutionary or not? In any case, at some point, they were recognized as revolutionaries by Fidel Castro.

So, next time you fly to Cuba visit the Beatles clubs, they are a bit touristic, but still nice places to enjoy the contradictions of Cuba.

In this sense, I say hello from Berlin and maybe goodbye to her on the flight to Cuba!
Saludos,
Dietmar

The Cuba Libre – simple and delicious, this Cuban cocktail