Anyone who has been to Cuba will know – and love – the taste of tuKola. Because tuKola is something very special, the Cuban answer to Coca Cola and Pepsi. Because, of course, after the embargo, there was no more US drinks in Cuba. But the Cubans didn’t want to do without a Coke and therefore came on the market with their own. At the beginning there were the cola brands TropiCola and FiestaCola, and since the 1980s also tuKola – i.e. “your cola”. The other two brands more or less don’t exist anymore.

Of course, cola is also the basic ingredient for the Cuba Libre – although it is more of a colouring agent: the typical Cuban Cuba Libre is 80% rum, 20% cola, drunk from an empty tuKola can. Everything vegetable (lime, mint, etc.) is salad for a real Cuban and does not belong in a drink ?

Coke from the tap 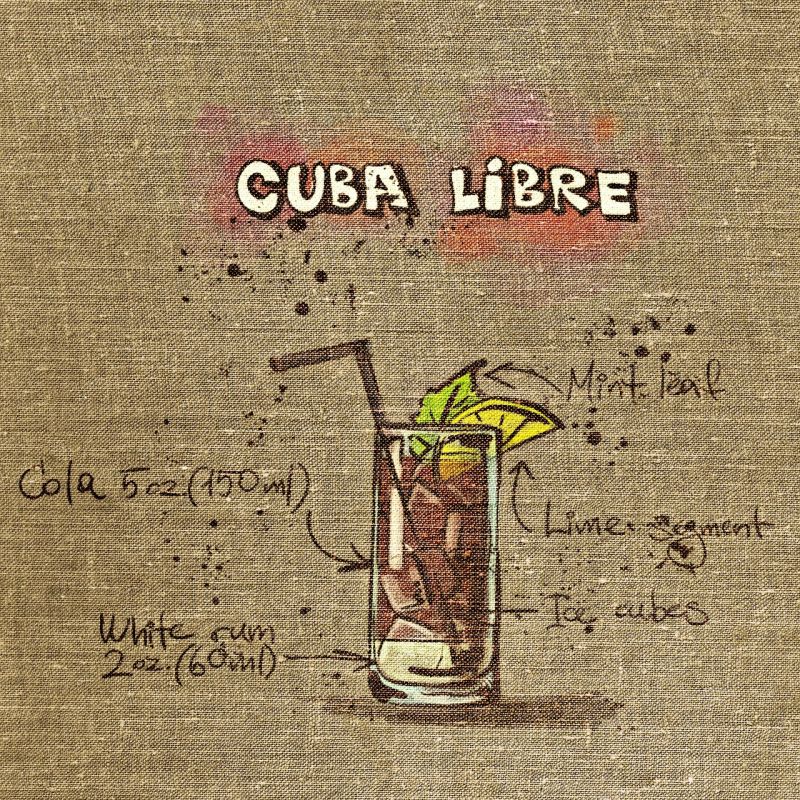 There used to be coke from the tap. You went to the store with an empty bottle and it was refilled from a coke tank. The whole thing cost 1-2 pesos per litre. What exactly was in the tap, we can’t reconstruct right now 😀

The difference between Coca Cola and tuKola

Now we know from our own experience that cola drinks can taste quite different, at the moment, there is a real boom in cola varieties, from RedBull-Cola to transparent Glam-Cola – and my favourite, Fritz Cola from Hamburg.

If we drink a Coca-Cola in Europe, the typical sweetness comes from beet sugar, in the USA from corn starch and in Asia from cane sugar. Cane sugar is also used in Cuba, the sugar island – unfortunately I don’t know the Asian Coca Cola, so I can’t say if the taste is more similar to tuKola, but it should be.

In any case, in my opinion, tuKola is more digestible, it just makes us fuller so we can’t drink a full liter of cola, no, we are simply full. My mother loves tuKola and survived the day in Cuba with just a can of tuKola, no other food until the evening. Now we have to bring tuKola for her from each of our Cuba trips 😉

The Coca-Cola factory, the recipe and the taste of Coca-Cola

Of course, there was also a Coca-Cola factory in Cuba. After the revolution it was nationalized and was still producing according to the same recipe. So if we compare it to the Coca-Cola of that time (and if Cuba has all the ingredients together), the tuKola should taste just as the original Coca Cola of the 1950s.

TuKola is produced by Los Portales SA in Pinar del Rio and distributed by Ciego Montero, the “blind hunter”. Unfortunately, I couldn’t find anything about the origin of the name, only about the company. Ciego Montero is a joint venture between the Cuban government and Nestlé. Nestlé Water took over after they bought San Pellegrino, which was the original part of the joint venture.

Currently it is difficult to get tuKola in the state shops. It’s usually sold on pallets to private customers before it reaches the store shelves, for the very simple reason that there is no beverage wholesale business in Cuba. The Paladares – i.e. the private restaurants – have to supply themselves with their goods in the supermarket, just as we consumers do.

That also means: if you don’t get tuKola in the state shops, there are always some in the Paladares – which are of course more expensive, maybe 1.50 to 2 CUC, while the can in the supermarket costs about 50 – 55 cents.

tuCola is also available in a light version, which can hardly be found at the moment – much to the regret of a friendly professor who is a diabetic.

Actually, right now – October 2018 – it seems to be tuCola Diética is in stock again, at least I saw one!

No Coca-Cola in Cuba?

When you read about Coca Cola, you typically hear the remark that Cuba is one of the few countries where Coca Cola is not sold, similar to North Korea. That is, of course, wrong. Coca Cola is sold but not produced in Cuba, but imported mostly from Mexico and it is therefore somewhat more expensive. So it’s true that there is officially no Coca Cola in Cuba – from the US point of view, but in Cuba you can buy it almost everywhere.

Other drinks from Ciego Montero

In addition to the tuKola, Ciego Montero also covers the entire range of classic and slightly less classic drinks:

“Refresco” is the umbrella term for all soft drinks. That’s why people at the restaurant ask:”Qué refrescos tienen,” so”Which lemonades do you have? The answer would be “Refresco de limon o de piña”.

If Cola then tuKola!

I don’t usually drink Cola here in Germany, but in Cuba the tuKola is one of my standard drinks, with or without rum.

Unfortunately I haven’t found a distributor for tuKola in Germany yet. Bucanero is available under the name Cubanero, Cristal is available as Palma Cristal, only Cuban cola is not available here. But what the hell: the Cuban cola simply remains something special and you can only get it in Cuba 😀

So it remains for me to say: drink to my health next time you have a tuKola ?

Saludos from the Castlecamp in Kaprun
Dietmar

Want to bring rum from Cuba? Be careful of airport security regulations!