Want to bring rum from Cuba? Be careful of airport security regulations!

How much rum to bring from Cuba

What do you take home from Cuba? Besides cigars and kitschy woodcarvings, its definitely the rum. Unfortunately, the customs regulations do not make it easy for us, because we cannot simply take as much rum with us as we want. No, we can only take one litre duty-free. This is always the case when you travel outside the EU, even the before Schengen treaty, it was always only 1 liter. If you travel within the EU, you can take 10 litres of hard alcohol with you, but that is technically not duty free but “Travel Value”. Meaning it’s still a good deal, but not as good as the tax free one.

Anyway, in Cuba there is no tax free, as everything costs the same, at the airport or in the supermarket. But if it’s tax free or not is not the biggest problem: since 9/11, bottles also have to be welded so that no one secretly takes liquid explosives with them.

Since I once worked in the duty free shop (greetings to Schönefeld!), I have a pretty good insight into what is important when transporting liquids. As there are liquid explosives, bottles purchased in duty free must be secured. How do you do that and prevent the bottles from being manipulated? With an adhesive bag that I’m sure you all know. In Germany the rules are now somewhat relaxed, so with direct flights you don’t have to make sure that your bottles are welded – after all, all goods sold in the duty free shop are checked. 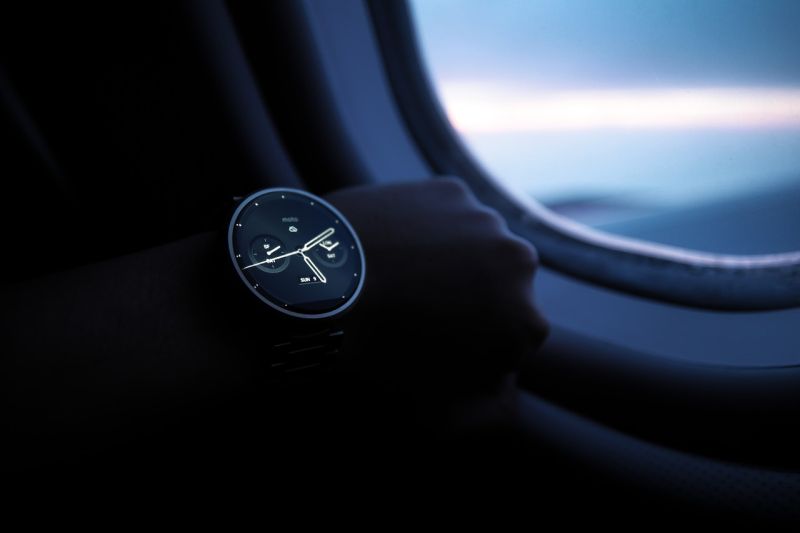 There are problems only if you have a connecting flight, because then the origin cannot be checked as simply any more. You can only do that with the bag. And the receipt that’s sealed in the bag. You can stay outside the airport for 1 week with this bag, which is a pretty good thing. The security at the airport can only check the date with the receipt that is sealed in the security-special-bag.

So: if you fly directly from Cuba to your destination, don’t take a connetion flight or you simply take a train – or are already home where you land, you don’t have to read any further. But if you are, like me, from Berlin, you can’t fly directly to Cuba. But that will surely change soon with the new airport… Ahahahahaha 😀

For all not Germans: the new Berlin airport should’ve opened its doors in 2012, but, alas, it still doesn’t work.

So only when you change planes and fly on, you really need a sealed bag with a receipt in it. That that’s how things are.

What happens if you don’t have a security bag?

Well, then you’re either lucky or unlucky: you’ll meet friendly security guards – or some who know the Cuban saleswomen’s incompetence, or your rum will be collected. And the latter is not unlikely. Then it says: gone is gone, there is the dream of Caribbean nights in Europe 😉

Two years ago there were no security bags in Cuba, so you always had problems. Now there are the corresponding bags – cost 1 CUC – and your rum is welded. So the theory. But the practice is very different..

Since I know what I have to look for and have had problems in the past, I tell the saleswoman in advance what I want: a bag, glued together, with an official receipt. The answer is announcements like “Mister, I know my job, I do that every day!”. And then something inevitably goes wrong!

What can go wrong

What can go wrong: the collection is long, but certainly still incomplete. The following things have already happened to me or to people I know:

How do European airports handle the bottles?

One can one briefly summarize it: either Cuban bottles are scanned, i.e. bag is cut open, bottle is scanned, everything put in a new bag. Or they can just let you through if your bag is complete as described above. Neither makes any difference to you, it may only cost you an extra 5 minutes, and you fly on with your bottle of rum.

If your bag is not complete, i.e. you have no receipt in it, then you are dependent on the friendliness of the airport staff. In other words, if you want rum, you have to be friendly. I have seen the staff in Paris collect the bag because there was no receipt in it – the gentleman was very rude – and the same staff left the bottles for a friendly girl, i.e. scanned them and packed them in a new bag for the onward flight. The difference? She was just nice and friendly.

Bring more than a litre of rum?!

You can’t do it, evil, evil 😉 If you wanted to do this – which of course we don’t – then it is advisable to store a rum in a suitcase and buy another one in the duty free shop. The probability that the two pieces of luggage will be linked together is very low. If you land in Berlin, for example, then you arrive from a plane from Paris and customs do not suspect you of smuggling (although they just controlled us, it can happen!!!). In Paris, your entry point to Europe, customs can only control your suitcases and don’t know what you have in your hand luggage.

And what you can do – but you don’t have to do that either: Planchados, these beautiful tetra packs filled with rum, are quite unsuspicious. Nobody would think that you have 0.2-litre Tetra packs with rum in your suitcase. Customs is expecting bottles 😉 So this can work, but I have never tried it myself, simply because there is very rarely a higher quality rum in a Tetra pack. But once I saw Cubay in such a package. The other kinds of rum that are sold in Planchados are sure to make you blind 😀

If you absolutely have to bring more, you can pay customs, by the way, and legally bring more in. Also possible!

And finally something about the rum prices

There is actually no conventional “Duty Free Shop” in Cuba, since there is no “Duty”, i.e. a duty, customs or a tax – the shops all belong to the state. Instead, it’s the other way around: the prices in the “Duty Free Shop” after the passport control can be higher than outside in the airport hall, not only because of the security bag, which costs a CUC (don’t forget to calculate that!).

Somebody in Cuba just said to himself, capitalistically: now we have the people, now we can collect more money. So: Buy rum in the lobby (in Varadero on the left in front of the airport), pack it in your suitcase and then check in your luggage.

Apart from that, the selection after passport control at least at Havana airport is small, there is only one tiny rum shop. In Varadero, for example, the selection is larger, but the shop closes quite early in the evening – which also massively limits the selection.

And the bottles, don’t they break?

Well, glass can break if you transport the bottles in your suitcase. However, rum bottles are made of a relatively stable material – in contrast to some vodka or schnapps bottles ? This means that I myself have never had any problems with a bottle being damaged during transport. Well packed in clothes or towels nothing happened so far. However, I’ve already heard a lot from people who had less luck. And when you see how your luggage is treated, when it is loaded and unloaded, then it is no wonder that bottles break.

What can you do to protect the bottles?

You want to take rum with you and have a connecting flight, always keep an eye on these:

If you look for that, you are already on the bright side 😉

Start of the year, there was an official campaign against fraud at the airport, many employees were dismissed. Let’s hope it’s better now than it was last year.

Enjoy your drink!
Yours sincerely,
Dietmar