The Quince celebration - a tradition for the 15th birthday | Cubanews 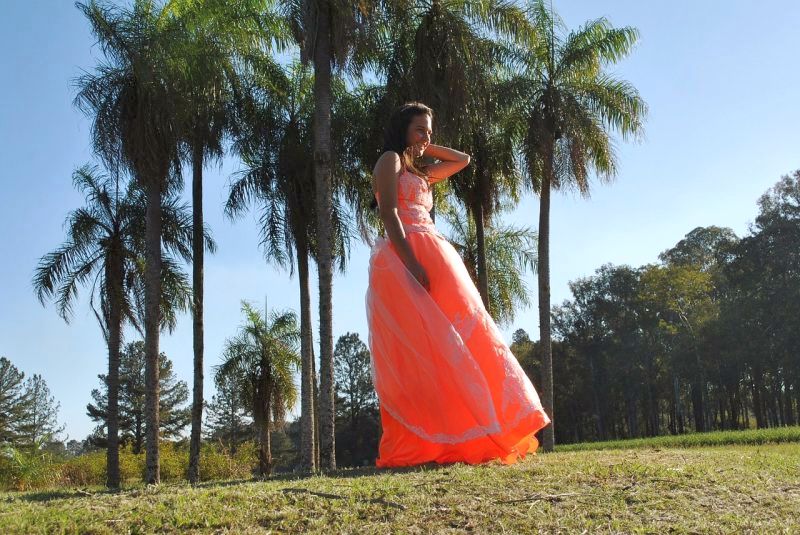 The 15th birthday is a special occasion in Cuba 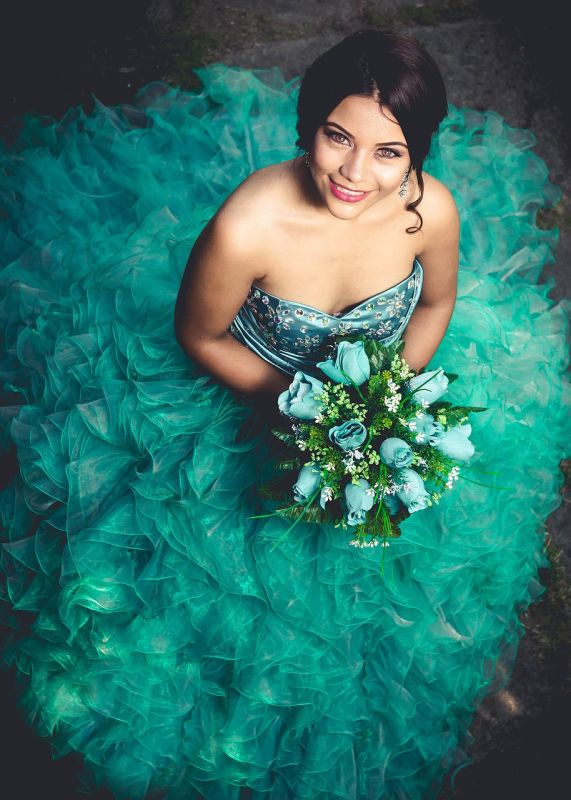 If you drive through the streets of Cuba, you will see a dressed-up 15-year-old young woman, draped in the back seat of a convertible, often with huge dress many times. You might think to yourself: she’s pretty young to get married. And where is the groom? At least that’s what I thought at first when I first saw the celebration of a quince ?

From a girl to a woman

The 15th birthday of a girl is the transition from girl to a young woman, which is celebrated in Latin American societies. Here we have confirmation or youth consecration, in Latin America the quince, where the quinceañera (i.e. the fifteen-year-old) is thrown a huge party, which can easily compete with the size and legitness of a wedding celebration.

Where does the custom come from? 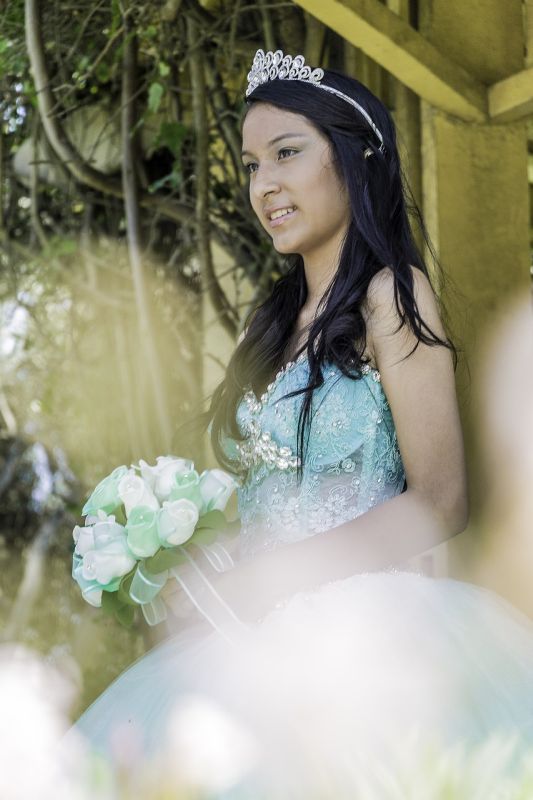 Sources vary in the tales of the origin, but it is probably a combination of Mesoamerican traditions that have spread throughout Latin America and the simple fact that in the past there had to be an age when girls became part of society and the future groom had to make a significant cash gift to the families, as engagement and to finance the dowry.

Or very simple: with their Quince, the girls were presented and advertised as marriageable and wanted to get a good (and rich) man for them, a little better than the cattle market 😀

How do we celebrate?

It is important that it is as big as possible – everyone who has children will know that it is a must that their party is at least as big as the party of the school friend. The young woman is extensively made up and wears a dress similar to a decorative cake. A location, ideally a hotel, or maybe just your own house, is decorated immensely with lots of jewelry, flowers, balloons, and whatever else you need to create the biggest party on the block. 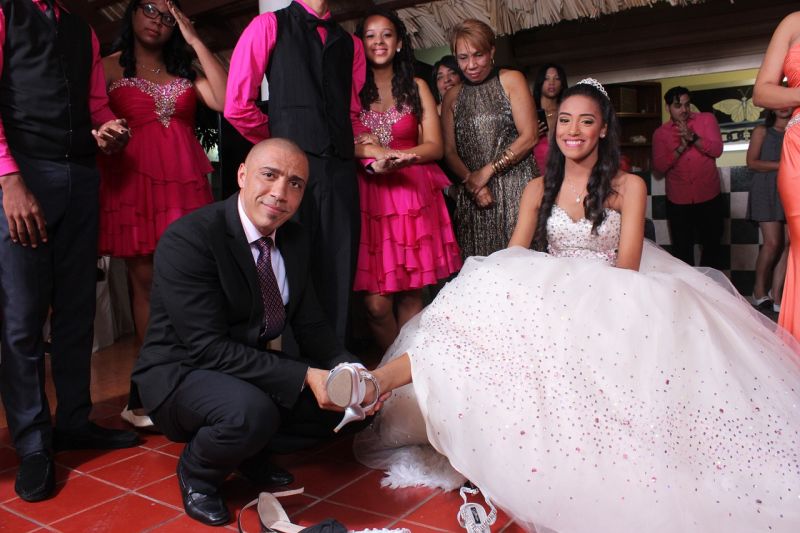 The Quince celebration starts off with the styling of the bride/birthday girl. Then the young lady is driven through the streets, in a convertible or maybe a carriage. It is important that everyone sees her. The celebration itself takes place in a generously decorated hall. Of course there are different rituals depending on taste and region, but typically the parents enter the fully occupied hall first, and then the Quinceañera is led in, usually by her boyfriend. 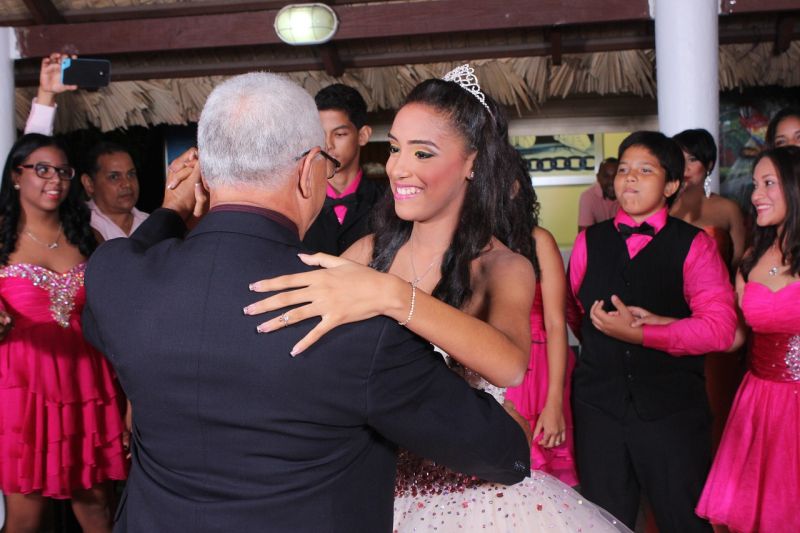 It is followed – of course – by a speech in which the occasion is appreciated and the girl is remembered through the telling of her birth and how she grew up. The mother is of course thanked, and everything that corresponds to the occasion. The social part is opened by a dance. Typically this opening dance is a heart-felt father-daughter dance.

Actually, I have seen a Cinderella-type party where the Quinceañera gets a perfectly fit shoe. Clearly, everyone in Cuba has seen the Disney classic.

Those who do not celebrate, take pictures or travel

Not everyone can or wants to throw a big party. But with or without a Quince definitely comes a photo shoot. In the past the photos were more a memory of the party. However, today they are an event in themselves. Shooting can take place in a professional studio or outside in special places like El Moro. There you often see the girls posing for the photographer.

The photo session is usually held a little before the fifteenth birthday so that the pictures can be shown in time for the party. Especially when a big party is coming up, this is easier to organize.

Some Quinceañeras also travel with their parents to celebrate their Quince, which is a matter of taste, because such a trip is not cheap.

The cost of the quince 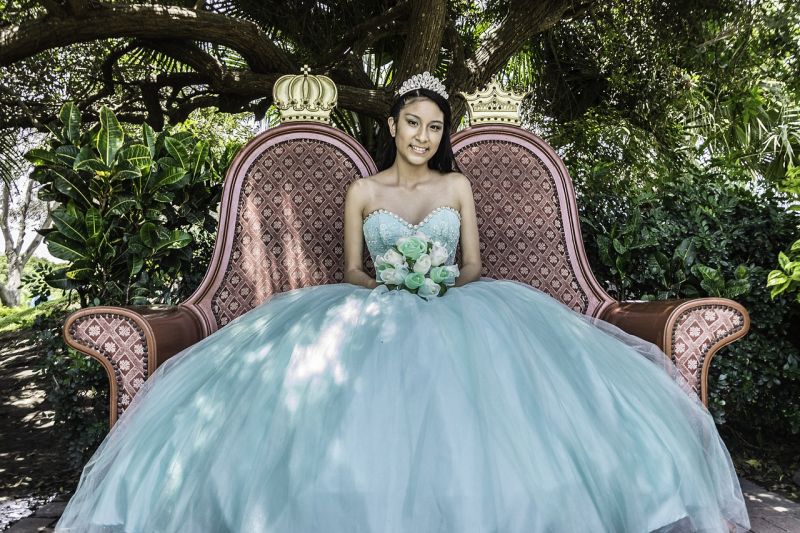 In the meantime a real market has developed around the Quince: photographers, decorators, hotels, restaurants, cars, everybody wants their share. And the photo session alone – which has nothing to do with the party – can cost a year’s salary.

This of course also means that the parents start saving for the quinceañera at an early age. After all, the child should have the party she wants.

Meanwhile not only the girls want to celebrate a quince, but more and more boys also find that they should be thrown a big party for turning 15.

The photo session stages the boys as Messi or Regueton stars, while the party is cool rather than grandiose, but it’s not cheap either ?

Those who have money like to show it in Cuba, that’s why the Farándula (the markets that surround the Quince) is already promoting the celebration the Miniquince and the Prequince.

The mini-quince is celebrated at the age of 5 years, you go with your child to the photo studio and practice! The prequince comes at the age of 10, where the future potential is tested.

From the ugly duckling to the swan, that’s how you could characterize the “Making of” in a bad way. In a good way it would be the transformation from a girl to a woman – it’s important that this is also captured in photos or even better in videos so that everybody can follow the development, ideally on YouTube.

Conclusion on the Quince 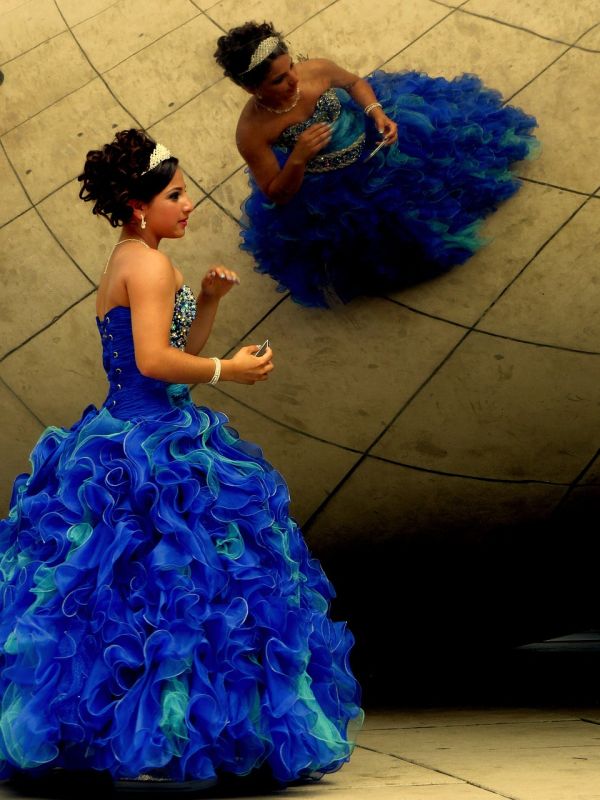 The Quince is strongly anchored in Cuban society and unlike the Youth Consecration it is not a communal event, it is always organized by the person, whether in a private setting or at a church celebration. Recently, however, there have been some fashionable changes, the most striking being that now the young men also celebrate – equality is moving in.

So the next time you see a young girl all dressed up on Cuba’s streets, you know she is preparing for her 15th birthday 🙂

You don’t want to miss an article? Subscribe to our newsletter!